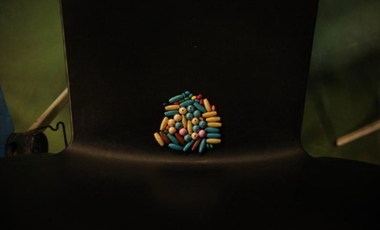 As part of marking World Refugee Day the Coordination of civil society organisations for the integration of refugees into Croatian society is organising different activities combined in Refugee Week, that is taking place from Monday, June 15, to Sunday, June 21 2015. The Coordination’s goal is emphasising the importance of refugee integration and their equal position in Croatian society.

Besides the introductory press conference that will be held on Monday at 11h in front of the Asylum seekers’ reception centre in Zagreb (Dugave, Sarajevska 41), there will be plenty more interesting events happening in different locations in  Zagreb, Rijeka, Sisak and Kutina; for instance a literary evening “Not Belonging” on Monday from 19h at Zagreb’s Velvet Café in Džemanova 9, and also the promotion of a recipe and refugees’ stories book “Taste of Home” in the city library Caprag in Sisak (Trg hrvatske državnosti 1), presented by refugees and activists, starting from 18h.

The Center for Peace Studies, The Committee for National Minorities and the Coordination for Human Rights of the City of Zagreb are organising a thematic session in City Hall (Ulica sv. Ćirila i Metoda 5, Zagreb) on Tuesday from 10h – 13h, that will present the topic of employment and work possibilities for refugees.

On Wednesday, June 17th, we are in Rijeka, where a show-kitchen of culinary exchange will be held between the “Taste of Home” collective (Zagreb), “Skuhna” (Ljubljana), and “Foot not bombs” (Rijeka). After a full-day workshop, at 19h we will have a tasting of food from countries where our refugees originate from, and also a “Taste of Home” exhibition. Gipsy Groove band from Kosovo will spice up the rest of the evening starting at 21h.

On Thursday from 18h at the French Mediatheque there will be a discussion followed by a photography projection by author Milomir Kovačević “Photos of Home”.

On Friday, 19th of June, we’re in Kutina, where from 11h there will be a culinary workshop by “Taste of Home” collective with the degustation of prepared food from 18h, and at 20h Gipsy Groove will be performing. After Rijeka and Kutina, the culinary collective Taste of Home is moving to Zagreb where at Saturday, June 20th, after a full day workshop of food preparation starting at 10h, in the evening we have a food degustation and the opening of the exhibition (18h) and finally, Gipsy Groove concert at Opatovina starting at 20h.

The Coordination for integration is consisted of 21 organisations of civil society that are, as a part of their regular activities, trying to include refugees with the goal of improving their integration into society. The second Refugee Week is organised by members of the Coordination, that is the United Nations High Commissioner’s Office for Refugees (UNHCR), Center for Peace Studies (CMS), Society for Psychological Help (DPP), Jesuit Refugee Service (JRS), Croatian Red Cross (HCK), Croatian Law Centre (HPC), and also outside partners Drugo more, Committee for National Minorities of Zagreb, the Coordination for Human Rights of the City of Zagreb, Legal Clinic of the University of Zagreb, Restart and Dokukino.