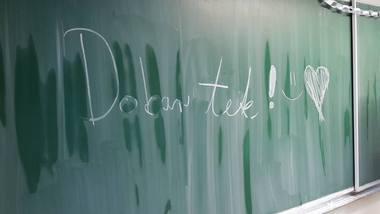 „Moin moin tastes really good!“ This was the reaction of the pupils attending Gregurovec school in Croatia and their fellow pupils from Pranjan in Serbia. The preparation of moin moin that is nigerian beans cake was presented to pupils and their teachers by Taste of Home team within the ACES project „Your voice could also be a part of the solution“ aiming to bring tolerance and solidarity. Using the language of food once again we gladly talked about the need of living peacefully with the immigrants and respecting humans rights and dignity. The pupils and the leaders of the project also made a documentary movie about our Prince and learned a little bit more about his reasons for coming to Croatia and his way of integration into croatian society.

Here is the link to english version of the documentary.